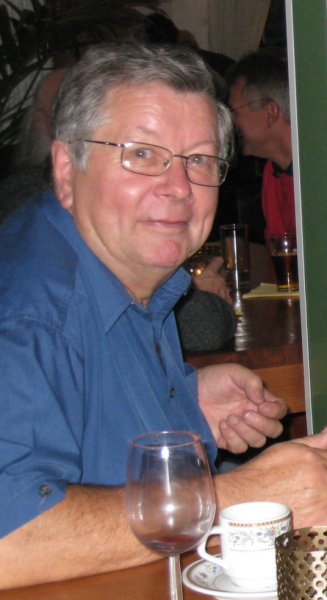 On June 20th in the afternoon, the sad message was spread that Mr. John Ashford had passed away. Our thoughts are with his family and his friends, our deepest sympathy is with them all.

John started his professional career working as a mechanical engineer, designing and developing large fans for ventilation in the mining industry both in Australia and overseas. But undoubtedly, John dedicated the biggest part of his life to glider aviation.

In 1966, he joined the Geelong Gliding Club, one of the largest sports flying clubs in Australia. After spending a period in Europe, in 1970 he returned to Australia and continued to be active in many positions of his club, such as flying instructor, committee member, competition pilot, etc..

The Victorian Soaring Association, overseeing all the gliding clubs in the state, saw him represent their activities as a councillor and as a representative for airworthiness and instructing training.

At the Gliding Federation of Australia, he was the Chief Technical Officer and responsible of all the Victorian State Regional Airworthiness Officers.

John joined in the activities of OSTIV during the Congress in New Zealand in 1995. From his predecessor, Alan Patching, he took over the membership in the Sailplane Development Panel and joined the OSTIV Board in 2003, contributing with great dedication, especially to the improvement of safety in gliding.

John was also very much interested in aviation history. In 2000 he joined with Alan to drive from Los Angeles to Elmira to fly the 'Golden Eagle' at the IVSM. This involved a round trip of over 6000 miles and included visiting over 13 museums, including the Smithsonian and the Experimental Aircraft Museum at Oshkosh, with interest in both Aeroplanes and Gliders. Incidentally, the glider and the trailer were both 63 years old. Following that visit, the Gliding Museum of Australia was formed, for which John had been a very active contributing member.

A most remarkable achievement was the completion of the translation into English of 'Werkstattpraxis,' by Hans Jacobs and Herbert Luck, along with compiling all illustrations and a section on modern glues.

John was working on the details of his annual trip to the OSTIV SDP meeting at the “Wasserkuppe” and to Tehachapi, where, at the “Mountain Valley Airport”, John had a second "home". It is so sad that he will not make this trip, as he was looking forward to it so much.

Responses to the sad message reflect how much John was appreciated by his friends:

“John's great contribution to many facets of gliding over the years will be long remembered, as will his friendly smile and wonderful sense of humor. He was a highly skilled aeronautical engineer and gave all his experience to our sport of gliding. He will be sorely missed.”

On the 20th of June 2015, aged 73, John Ashford passed away quietly. Services for him will take place on 1st July at Bacchus Marsh, Victoria, Australia.