Just this last weekend, Petr Kousal was very busy finishing an article on crashworthiness for “Aerosport”, the journal of the Aero Club of the Czech Republic. During this same time Peter passed his valuable documents on fatigue testing to Lukáš Popelka of the Technical University Prague. 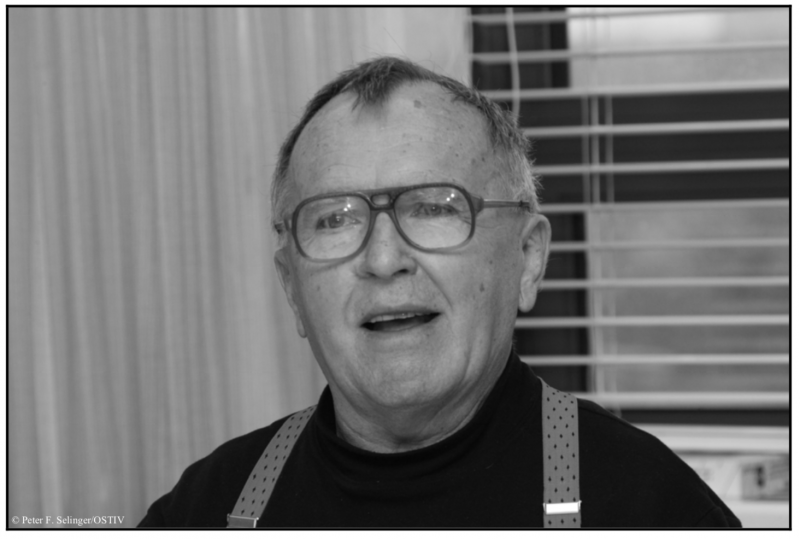 The message that Petr passed away on Sunday, 15 March 2009, was a terrible surprise – he was torn away right from his extensive activities.

Petr Kousal was born in Zlin on February 10 1932, where he also went to junior high school. In 1947, he joined the Baťa machine works, where he began an apprenticeship, which he finished with an A-grade. Normally he would have continued his studies at the higher technical college but the political circumstances of the time blocked his opportunity to continue his studies. Petr had to make a detour via production work as a turner, before being allowed to continue his technical education. It is characteristic of Petr Kousal that he was not discouraged, but kept focused on his goal to carry on and finish his studies, until he succeeded in doing so.

In 1951 he started his job at Moravan in Otrokovice, initially working within the manufacturing engineering, later on in the design bureau. In 1952, he started his training for glider flying and finished up 1953 with distinction also becoming a flight instructor. Once again Peter was stopped in the same year by the state police. Peter held tight to his goals and did not give in and he later earned a licence for powered airplanes and helicopters. Several well known products of Moravan are closely connected with Petr Kousal’s name. He was involved in the design, production and certification of the Zlin-“26”-series airplanes, for the design of the Zlin 326 retractable gear for which he was granted a patent.

Again, political reality overtook him, so he had to change his job in February 1970. Peter joined the Flight Test Centre of the company LET in Kunovice and worked on the LET 410 turboprop programme. In 1976, Petr was engaged by the company Aerotechnik, where he got involved in the design of a motorglider, the L 13 “Vivat”. It was this task that caused Peter to first become connected to OSTIV, which he joined as a member in 1988. The very same year he changed positions again and moved to the Civil Airworthiness Inspectorate (CAI), Moravia branch, where he worked until his retirement in 2000.

For his work in the Aero Club of the Czech Republic, sailplane pilots owe him a vast debt, but his life career for the Czech aircraft manufacturers and his wide activity at OSTIV reveal Petr as one of the most influential persons in the field of general aviation.

Expert knowledge about crashworthiness, pilot rescue systems and fatigue testing were part of his stock in trade, as well as a masterly handling of plotter pen and paper, thereby transforming physical and mechanical correlation within minimum time into a picture, which is easy to understand. 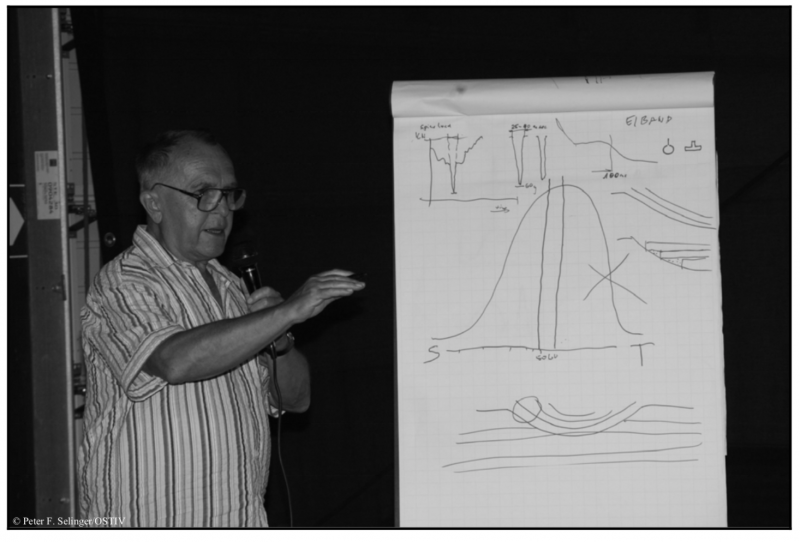 Many sailplane pilots do not know, and will never find out that they owe the protection of their well-being to the relentless and never-ending work of Petr Kousal.

The fact that aviation authorities have reduced investigation of accidents with sailplanes to a minimum was no reason for Petr to draw back - far from that, he took initiative to record the technical aspects of sailplane accidents and to supply the results to the manufacturer’s desks. To work out and to propagate the “Cockpit Damage Report“, initiated by himself, was a matter near to his heart, just as was updating the crashworthiness paragraphs within the airworthiness requirements.

He introduced his outstanding experience into OSTIV’s work with great energy. During his chairmanship, the OSTIV “Crashworthiness Subcommittee” (CWS) developed many activities, technical expertise from non-aviation areas, e.g. from car racing, found their way to the CWS’ work. Introduction of the latest requirements for crashworthiness into the European airworthiness specifications CS-22 is due to his determined diligence. The cumbersome work at the writing table did not get him down Petr followed the track he had identified as the right one.

The “Pilot Rescue Subcommittee“, which he also chaired, worked out the applicable “OSTIV Airworthiness Standards” – taking into account as much as possible the internationally available results from research projects, experiments of designers for such rescue systems, as well as the requirements already issued by airworthiness authorities.

Petr Kousal wrote numerous technical papers, not only focused on his special technical disciplines, but reaching far beyond. His publication “What price for Safety?“ in Technical Soaring, October 2000, picking up the feasibility of safety requirements by taking economic considerations into account, points out that his thinking was not obstructed by an engineered barrier, and did not lose sight of reality.

It is important to mention that Petr Kousal organized several OSTIV meetings in the Czech Republic, 1995 in Zlin and 2000 in Prague. Organizing such meetings requires a huge amount of work and effort, Petr was happy to do so, and thereby he promoted his home country to his friends.

His pride was visible, when he toured his OSTIV friends through the aviation museum in Prague Kbely, presenting the rich tradition of Czech aviation history, happily reading the amazement on the faces of his guests, due to the variety of rare and fondly restored items on display.

The entertaining tour was filled with stories such his time as a young engineer and becoming a helicopter pilot, which, for his friends, is a treasured story.

Being a very modest person, Petr did not attach great importance on honorary titles. When having achieved a certain goal, he concentrated immediately to the next task. Nevertheless, colleagues in professional circles valued his life’s work by mentioning him with internationally renowned awards such as the “FAI Paul Tissandier Diploma“ and the “OSTIV Prize“.

It was his great wish to be allowed to visit the “mountain of the aviators”, the Wasserkuppe. Peter was looking forward to the OSTIV SDP meeting scheduled for October 2009 at the foot of the Wasserkuppe and now he is lost to us all before he could realize yet another goal.

Aged 77, on 15 March 2009 Petr Kousal passed away quietly at his hometown Zlin. Our heartfelt condolences are with his wife Jarka, his son Petr and his whole family.

We miss him very much.

This memoriam was prepared by Helmut Fendt with the contributions of many OSTIV friends who had the privilege to know Petr Kousal. Translation kindly prepared by Larry L. Sanderson.